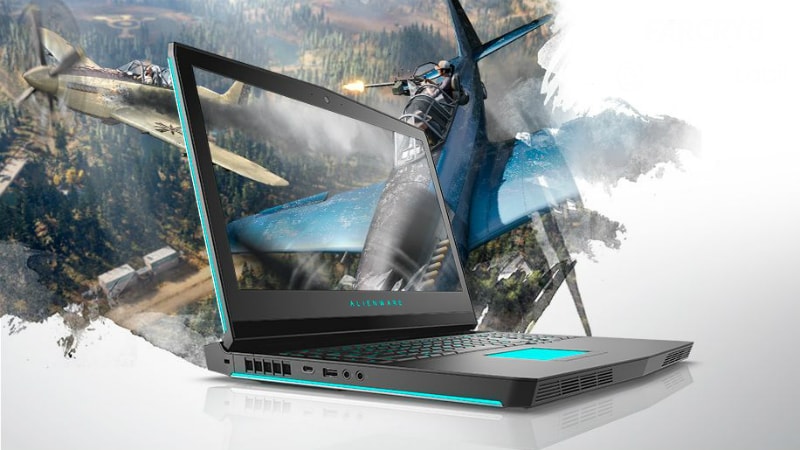 Dell on Thursday launched its new gaming range in India that includes the refreshed Alienware 15 and 17 gaming notebooks, Dell G3 and G7 laptops, and Inspiron 24 5000 All-in-One (AiO). As announced back in April, the new Alienware 15 and 17 feature as high as Intel Core i9 processors alongside Dell’s mechanically engineered Alienware Cryo-Tech v2.0 cooling solution. The entire new range of gaming models is powered by Nvidia GeForce GTX graphics. Also, there is a variety of hardware configuration options to match the requirements of casual as well as pro gamers.

Among other models, the new Alienware 15 and 17 are designed with premium materials such as anodised aluminium, magnesium alloy, steel-reinforcements, and copper thermal management. There are choices to choose from the eighth-generation Core i5, i7, and i9 processors along with up to Nvidia GeForce GTX 1080 graphics and 8GB of GDDR5 memory. There is also an improved audio output that comes through a new speaker design that includes internal smart-amps.

Further, Dell has provided an upgraded Alienware TactX keyboard that supports n-key rollover. This is touted to enable over 108-key commands for maximum actions per month. The keyboard also has 2.2mm of key travel. Additionally, the Alienware 15 and 17 both support over 80 quadrillion lighting combinations via 13 unique programmable lighting zones with up to 20 distinct colours. There is also Alienware Cryo-Tech v2.0 that is touted to come with 50 percent thinner fan blades and a dedicated vapour chamber that sits on the CPU to deliver a cool gaming experience. Lastly, the notebooks have options 120Hz TN+WVA 400-nits display designed with Nvidia Gsync and support for external desktop graphics via the Alienware Graphics Amplifier.

In addition to the new Alienware models, Dell has brought the Dell G3 15 and Dell G7 15 that both feature a 15-inch display. The Dell G3 15, which has a 15-inch full-HD anti-glare display along with wide-viewing angle, is powered by the eighth-generation Intel Core processors along with Nvidia GeForce GTX 1050 TI graphics. There is also a SmartByte technology that enhances streaming and prioritise visual content. In terms of audio, there are two front-firing speakers backed by Waves MaxxAudio Pro. The notebook also has a WASD, spill-resistant backlit keyboard and a thickness of 22.7mm. Besides, it comes in Black, Reccon Blue, and Alpine White colour options. 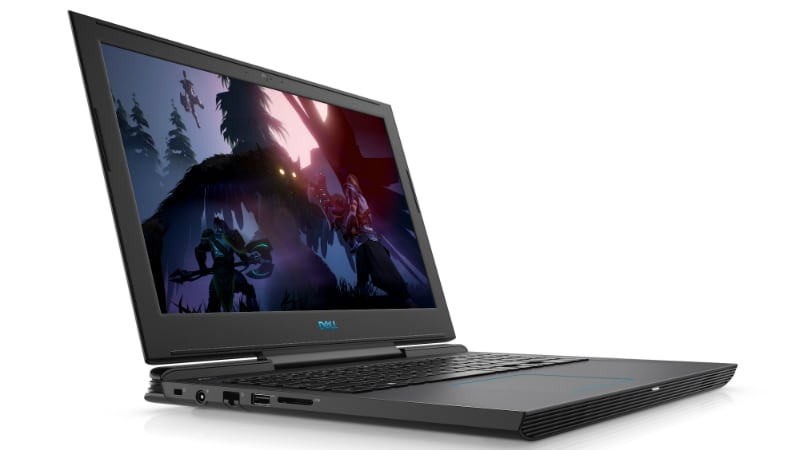 The Dell G7 15, on the other hand, has the option of eighth-generation Intel Core i9 processors along with Nvidia GeForce GTX 1060 with Max-Q design technology. The laptop features a front air intake and rear exhaust vent. Also, there are large-size cooling vents and a dual-fan cooling technology. Dell has also provided a single-screw bay door on the G7 15 that allows gamers to service the system easily and tweak the hardware without opening the entire chassis. The model comes in Standard Black and Alpine White colour options.

Coming towards the Inspiron 24 5000, the AiO comes with a dedicated 4GB GDDR5 Nvidia GeForce GTX 1050 graphics that is rated to deliver a ‘power-play’ gaming experience. There is a VESA compatible mount that allows gamers to conveniently put the system anywhere – whether it be the drawing room or bedroom. Similarly, there is a pedestal stand to use the PC in an office space. 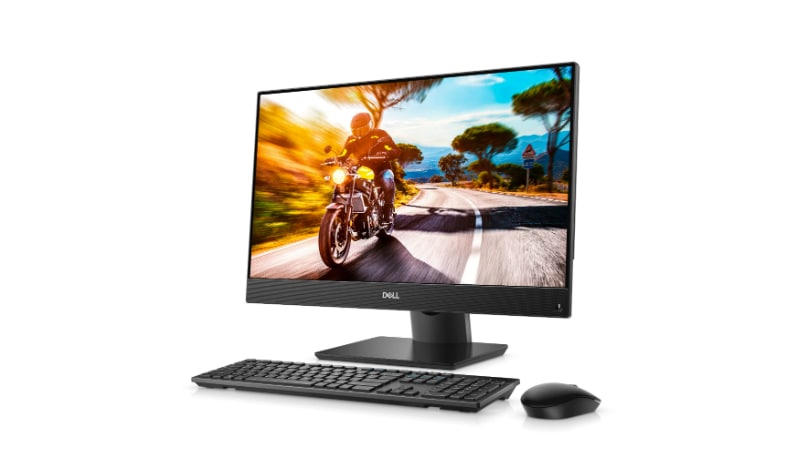 Dell claims that multitasking on the Inspiron 24 5000 AiO is like a pro as it lets users rapidly move from one app to another while working on four different apps at once. Furthermore, there is a built-in microphone processing technology that reduces background sound while making Web calls or interacting with Cortana.