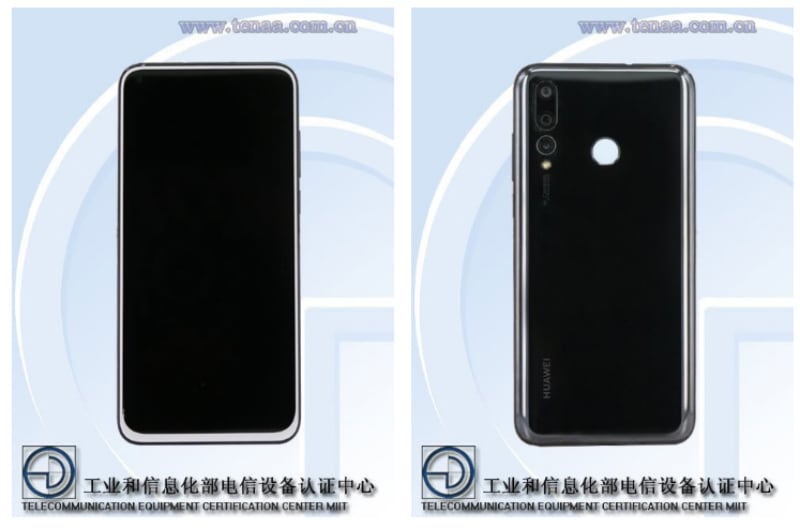 Huawei Nova 4 is all set to go official on December 17, and running up to the launch, the smartphone has been teased regularly and has also suffered a few leaks here and there. The Nova 4 has now been spotted on TENAA, and it reveals the smartphone’s design from the back, and also a few key specification details. The Huawei Nova 4 is now tipped to sport a triple camera setup, a 6.41-inch display, and a 3,900mAh battery as well. The big highlight of the smartphone still remains to be its display hole for selfie camera design, similar to the one seen on the Samsung Galaxy A8s and the Honor V20 aka Honor View 20.

The TENAA listing of the Huawei Nova 4 with model number VCE-AL00 reveals the smartphone from the front and the back. The smartphone, up front, is seen sporting all-display with no bezels on all sides. There’s a small hole in the top left edge, which houses the selfie camera. At the back, the Huawei Nova 4 is seen sporting a triple camera setup stacked vertically and a rear fingerprint sensor as well. The volume and the power button are situated on the right edge of the device.

The certification listing also briefly mentioned the specs of the Huawei Nova 4. Spotted and screenshotted by PhoneCorridor first, the smartphone is said to sport a 6.41-inch display, 3,900mAh battery, dual-SIM support, and 156.47×74.8×8.2mm dimensions. Expected specs also include the latest HiSilicon Kirin 980 SoC, 6GB RAM, 128GB storage, and will run on Android 9 Pie out-of-the-box. Previous reports stated that the smartphone may sport an in-display fingerprint scanner, but the TENAA listing suggests that the sensor will be located at the back of the device.

The Huawei Nova 4 will compete with the Samsung Galaxy A8s in China. The smartphone was launcheda day ago, and is set to go on pre-order soon. The smartphone also sports a display hole for selfie camera design, something that Samsung likes to call Infinity-O display. Other key highlights of the phone include a triple rear camera setup, up to 8GB of RAM, and a rear fingerprint sensor as well.