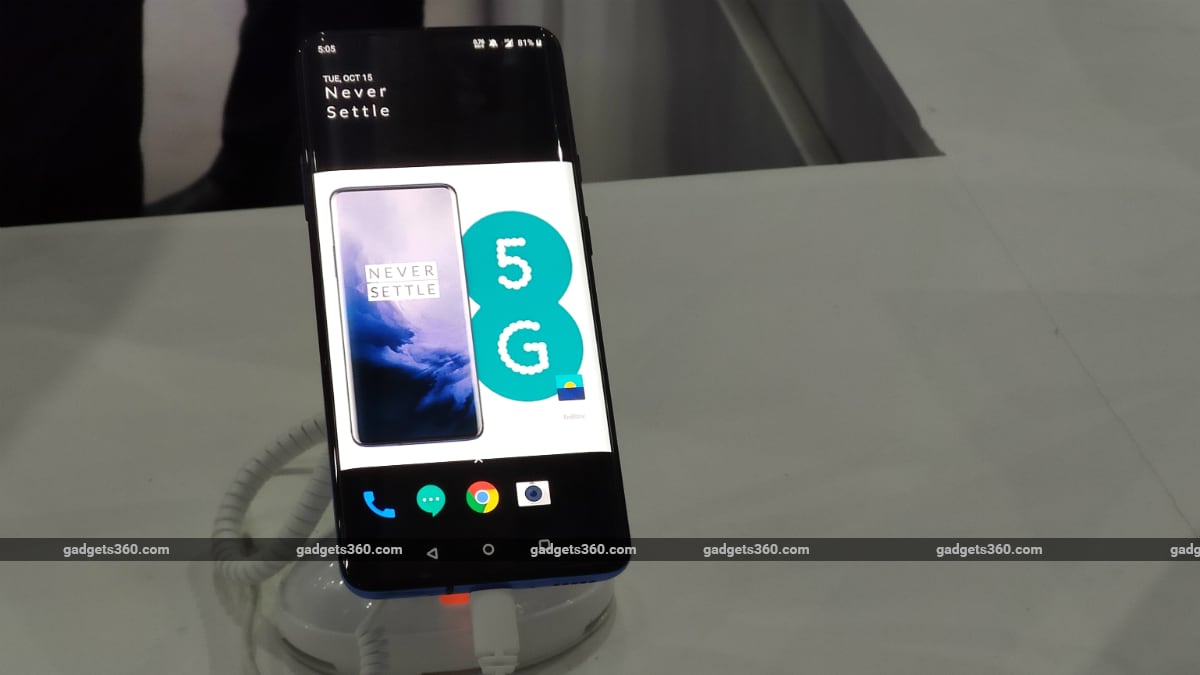 Just days after bringing the OnePlus 7T and OnePlus 7T Pro, OnePlus is now optimistic to launch a 5G phone in India. The Shenzhen-based company that entered the Indian market with the OnePlus One back in December 2014 has so far launched 13 smartphone models in the country — with four offerings arrived in 2019 alone. It also earlier this year unveiled the OnePlus 7 Pro 5G model for the global markets that didn’t enter India but has been showcased at the India Mobile Congress (IMC) in New Delhi. Apart from the plans to launch its 5G phone in the country, OnePlus is looking forward to exporting new 5G phones from its India facility.

“We are very bullish, and we are trying to be an early leader and try to support the ecosystem,” OnePlus India General Manager Vikas Agarwal told Gadgets 360 in a one-on-one conversation in New Delhi. “So from our side, the 5G devices are ready. We are already testing them with all the leading ecosystem players in the country — be it a technology provider or an operator.”

At IMC 2019, OnePlus is demonstrating a lightning-fast 5G connectivity experience through the OnePlus 7 Pro 5G. The company has leveraged the equipment set up by Ericsson and Nokia to give a glimpse at what we would get through 5G. Nevertheless, it is hoping to bring a similar experience to the masses sometime next year.

“The focus is on when the commercial rollout can happen,” said Agarwal. “Once we have those details, we’ll be happy to launch our 5G products. So, next year, we hope that something will be ready and we will be able to launch and the sooner we do it, the better it is.”

OnePlus isn’t the only smartphone company that has put its 5G phone for showcasing at the IMC this year. There are handsets from manufacturers such as LG, Oppo, and Vivo as well. Agarwal, however, pointed out that OnePlus considered India as “one of its biggest markets” for 5G and had been testing its development with key telcos, namely Airtel and Reliance Jio, for almost over a year.