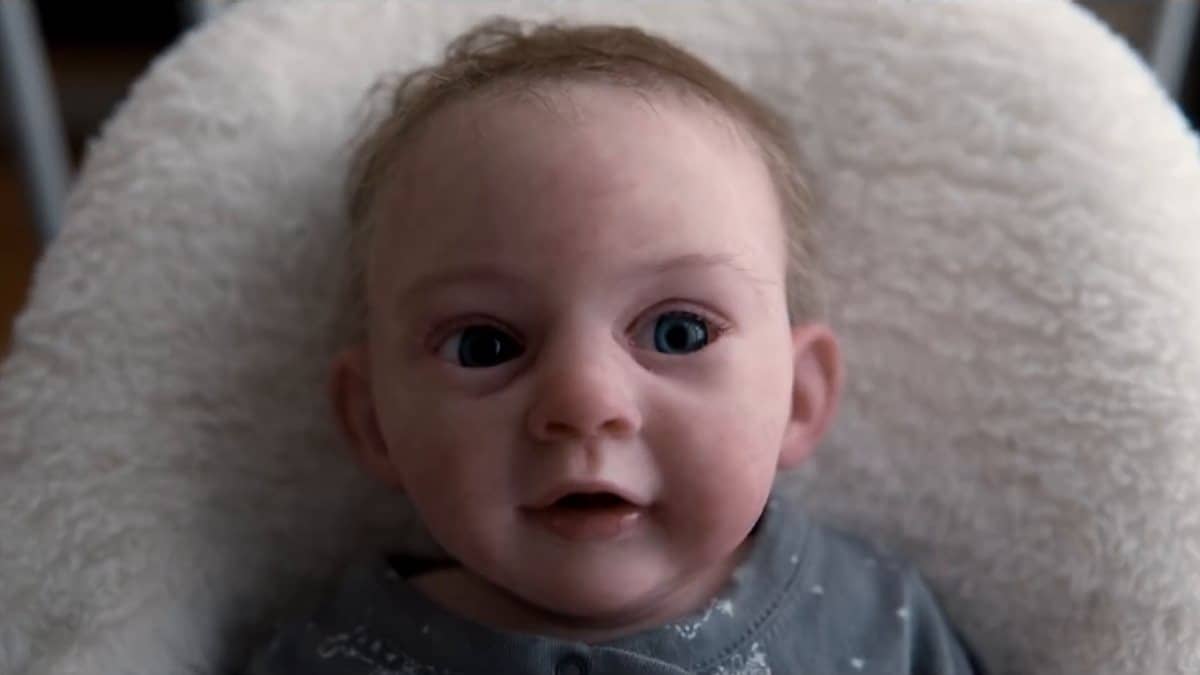 A still from the Servant trailer

After several 15-second clips and a short teaser, Apple has released a full-length trailer for Servant, its next TV+ original series from executive producer M. Night Shyamalan, who also directs. The psychological thriller series follows Philadelphia parents Dorothy (Lauren Ambrose, from Six Feet Under) and Sean Turner (Toby Kebbell, from Warcraft), who replace their new-born baby with a life-like doll after its death and hire a new young nanny, Leanne Grayson (Nell Tiger Free, from Game of Thrones), to take care of it. Harry Potter star Rupert Grint is part of the cast too as Dorothy’s younger brother. Servant has been created by Tony Basgallop (Hotel Babylon).

The Servant trailer opens with the Turners welcoming Leanne, whom the wife later describes as a “godsend” while the husband says he was expecting “someone older [and] less weird”. Grint’s character wonders in a different scene if the new nanny is “cool with everything” and “knows the situation”, before Sean confronts Leanne with the truth about their baby, Jericho, whom they lost at 13 weeks. Dorothy didn’t take it well, so they decided to get a doll. None of this seemingly affects Leanne, who seems to either be in denial or have plans of her own, as Sean starts looking into her.

As you can imagine from a Shyamalan-produced-and-directed series, there’s a lot more to it under the hood that the characters aren’t talking about. Someone wonders what will happen “if she wakes up” and “remembers”, the police and the exterminators visit the Turners’ home for reasons unknown, and someone’s hand is shown wielding a knife. The Servant trailer concludes with the baby monitor going off and Sean staring at Leanne, as a narrator adds: “Do you know who you welcomed into your home?”