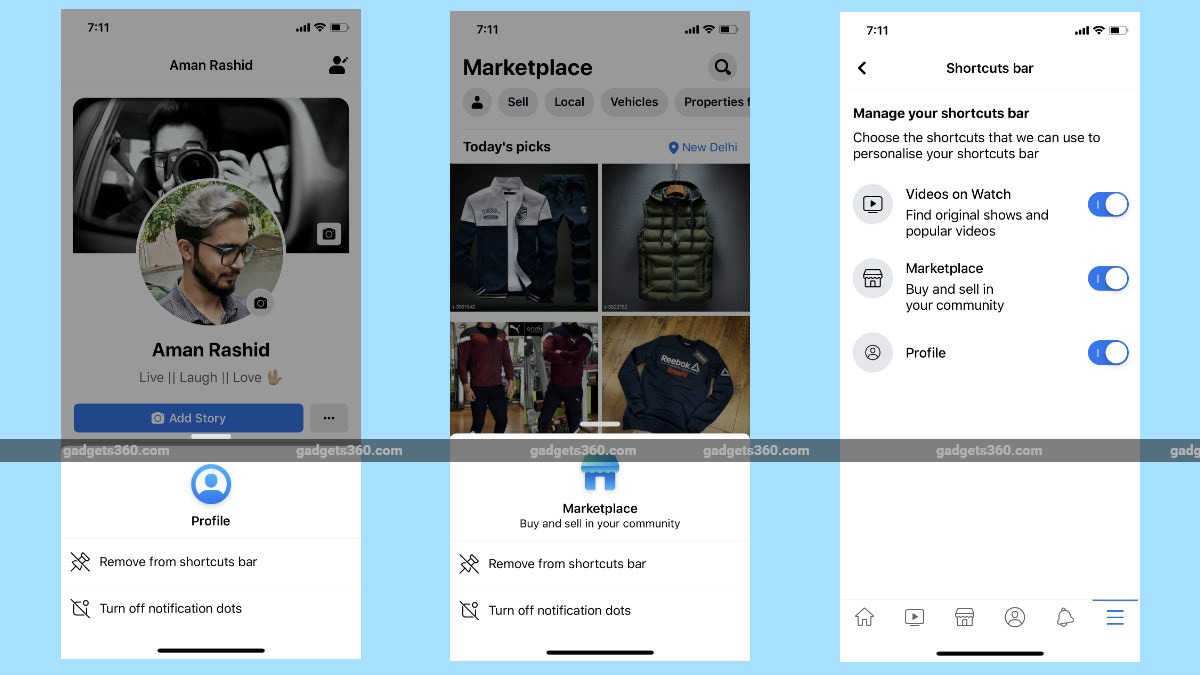 A new change to the Facebook app for mobile will now allow users to turn off notifications dots for some icons. To take it a step further, users will also be able to remove these icons altogether if they wish to. The update was first spotted by TechCrunch, and it was further confirmed by Facebook that indeed the Shortcut Bar Settings is now being rolled out for everyone. Additionally, most iOS users can already take advantage of these settings, and as for Android users, they should be getting the update soon in a few weeks time.

According to the report by TechCrunch, users of the Facebook mobile app can now turn off notification dots for Watch, Marketplace , and Profile. And if that is not enough, then you can even remove these three icons from the bottom bar as well.

We tested out the new Shortcut Bar Settings on Facebook (version 246.0) installed on an iPhone running on iOS 13.2.2 and the process is fairly simple. For example, if you want to turn off notification dots for Marketplace, simply tap and long-press on its icon > tap on Turn off notification dots. Similarly, if you wish to remove the Marketplace icon from the bottom bar altogether, again tap and long-press on its icon > tap on, Remove from shortcuts bar. You can repeat the same process for Watch and Profile menus as well.

The new Shortcut Bar Settings comes in handy for those people who use these menus but do not like to get bothered by notification dots. And anyway, one will still be able to use these menus by just tapping on them, it’s just that the intrusive red notification dots won’t appear any more. Also, just in case if you have removed the three icons from the bottom bar but at some point you want to have them back, just go to the app’s Settings & Privacy menu > Settings > Shortcuts bar and simply turn on the toggles for the menus you wish to put back in the bottom bar.