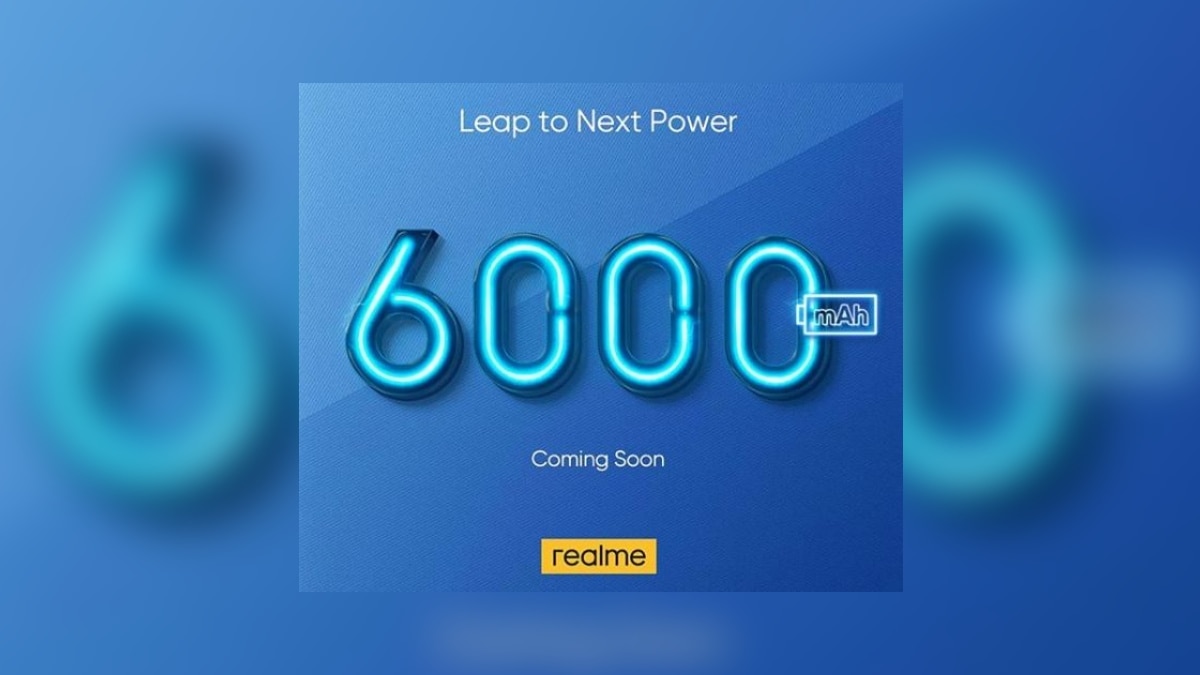 Realme might be working on a new phone series that packs a 6,000mAh battery, as the Chinese brand shared a teaser of the upcoming power technology on social media. Not too many details were shared on the post, except that a 6,000mAh battery is coming soon. A recent tip suggested that Realme has been developing a new smartphone series, which will support 5G and also solve 5G-related issues such as battery performance. Whether this is the same new phone that the company teased has not been confirmed yet.

Palson Yi, the Marketing Director of Realme Indonesia, took to Instagram where he shared a photo that simply announced that a new 6,000mAh battery is coming soon. Yi wrote in the post that fans have been asking for “a really big battery.” He said that Realme will soon announce a smartphone that packs the new battery technology. This would mark the first time that a Realme phone would carry a 6,000mAh battery. No further details have been shared by the brand as of yet.

Earlier in May, a 6,000mAh Realme battery pack with model number BLP793 was tipped to receive TUV Rheinland certification. Since then, no other details have surfaced on the mysterious new technology, apart from the tease today.

Rival brand Samsung has also been tipped to be working on the upcoming Galaxy M21, which is expected to carry a 6,000mAh battery as well.

A tipster revealed yesterday that Realme might be working on a new line of phones with 5G support. It also suggested that the new phones will solve important 5G-related issues such as battery performance. However, no details were revealed on the phone’s name or other specifications.

Earlier this month, a tipster indicated that Realme is presently working on a 100W+ fast charger. Called Ultra Dart, the new tech can allegedly power up one-third of a 4,000mAh+ battery in just three minutes. It was also suggested that the new charging tech may be launched sometime this month. Realme hasn’t confirmed the news as of yet.