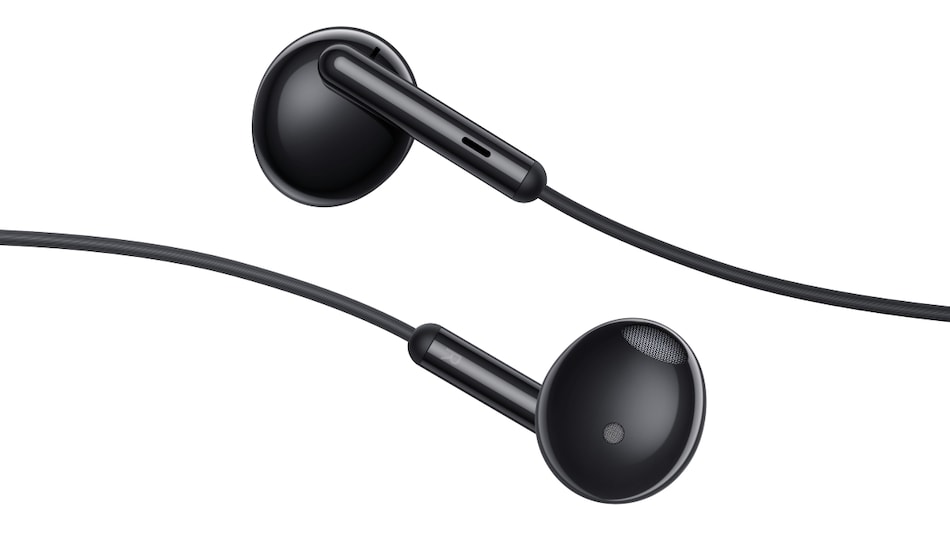 Realme Buds Classic wired earbuds have been unveiled alongside the Realme C12 and Realme C15 in India. The new earbuds debut as the next in the company’s audio lineup after the Realme Buds 2 that were launched last year with a price tag of Rs. 599. The Realme Buds Classic come with an in-line remote and feature a half in-ear design with non-isolating fit to let users have awareness of their surroundings while listening to their favourite tracks. Realme has also offered two distinct colour options to choose from.

Realme Buds Classic price in India has been set at Rs. 399. The earbuds come in Black and White colour options that both will go on sale in the country starting 12pm (noon) IST on August 24. Moreover, the sale will take place through Amazon and the Realme India website. Alongside the Realme Buds Classic earbuds, Realme has launched its t-shirt in white colour at Rs. 999 that will be available for purchase through the company’s website starting September 4.

The entry-level Realme Buds Classic are designed for people looking at affordable, wired earphones. Realme has provided a 14.2mm audio driver that is claimed to catch “detailed nuances of music”. The earbuds also have a built-in high-definition (HD) microphone and a remote with a button to control music playback. It can also be used to attend voice calls – without taking out the connected phone from your pocket.

Realme has provided a cable organising strap to let you easily fold the TPU-covered cable of the Realme Buds Classic. Further, there is a 3.5mm connector that provides universal compatibility.

Unlike the Realme Buds 2, the Realme Buds Classic don’t include any magnets. The design of the new earbuds is also different as these don’t come with eartips and instead offer the half in-ear build. The company claims that the rounded shape of the earbuds can comfortably fit into the ear canal.