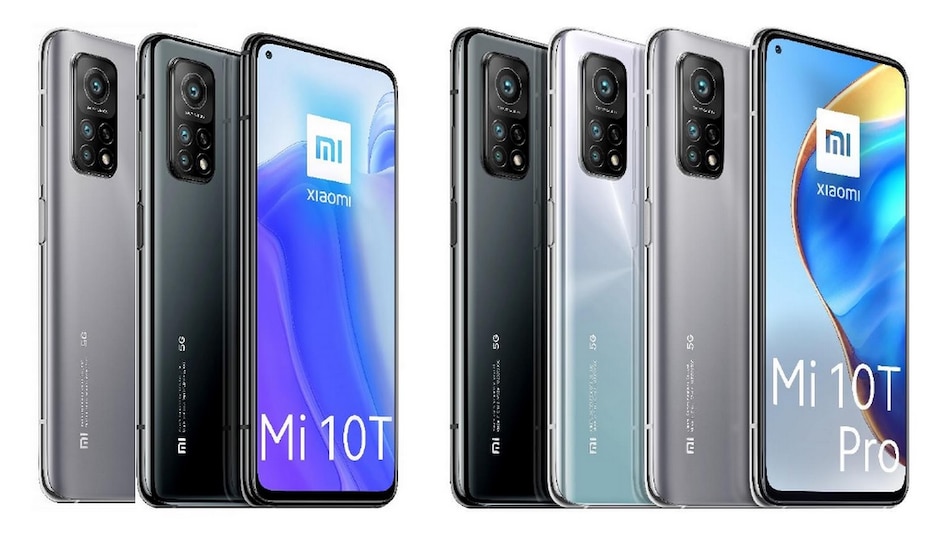 Mi 10T and Mi 10T Pro smartphones are set to launch on September 30 and complete specifications as well as renders of the two phones have leaked. The specifications and renders come from a known tipster on Twitter, leaving very little to the imagination. The two smartphones are said to be powered by the Snapdragon 865 SoC and feature 144Hz refresh rate displays. The Mi 10T series is expected to include a Mi 10T Lite variant as well, however, details on this model are still scarce.

Thanks to known tipster Sudhanshu on Twitter, the complete specification sheet for the Mi 10T and the Mi 10T Pro has leaked. The tipster claims that the Mi 10T will feature a 6.67-inch IPS LCD display with full-HD+ resolution, 144Hz refresh rate, Corning Gorilla Glass 5 protection and 20:9 aspect ratio. The phone is said to be powered by the Snapdragon 865 SoC and come in an 8GB +128GB variant where the RAM is LPDDR5 and the storage is UFS 3.1.

In terms of cameras, the Mi 10T is expected to carry a 64-megapixel primary sensor, a 13-megapixel sensor with an ultra-wide angle lens, and a 5-megapixel macro shooter. There is said to be a 20-megapixel sensor on the front for selfies. Xiaomi is said to have fitted a 5,000mAh battery in the phone with support for 33W fast charging. A side mounted fingerprint scanner and dual stereo speakers are expected as well.

The Mi 10T is said to have a Black and a Silver variant.

The Mi 10T Pro is said to have a Black, Blue, and Silver variant.

Coming to the renders, they are in line with what we have previously seen. Both the Mi 10T and the Mi 10T Pro have hole-punch design for the selfie camera. The side-mounted fingerprint scanner can be spotted as well. Both variants will feature 5G support as well.

A lot of these specifications have leaked previously as well and the new leak pretty much covers everything in terms of design and internals for the two upcoming Xiaomi phones.