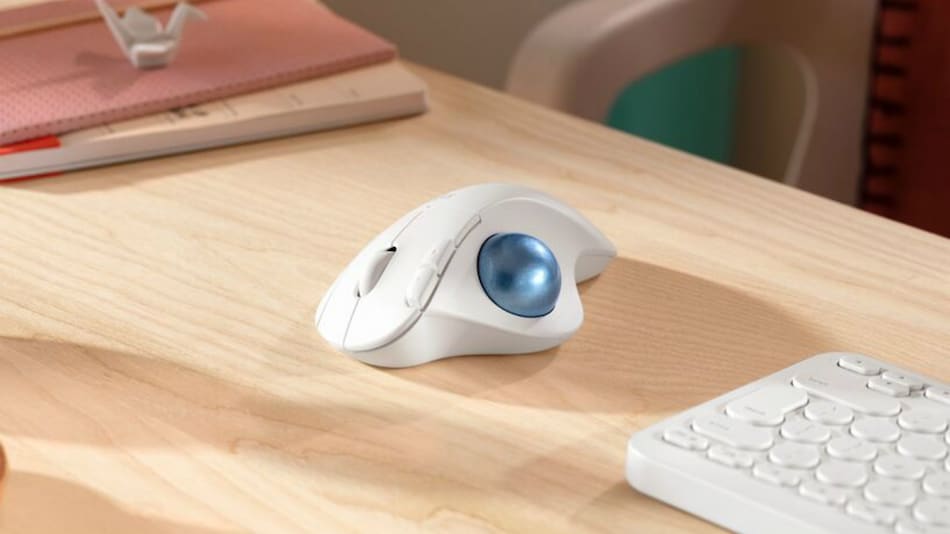 Logitech Ergo M575 wireless trackball mouse has been launched for people who work in tight workspaces and busy desks. The company says that the mouse not only saves space but also provides comfort while working. The Ergo M575 offers thumb control that allows for precise movement of the cursor without the need of any arm activity. As per the company, an angled scroll wheel on the mouse provides comfort by keeping fingers in a more natural, relaxed position. The mouse is said to be manufactured using recycled materials.

Logitech Ergo M575 wireless trackball mouse is priced at $49.99 (roughly Rs. 3,700) in the US on Logitech.com. It is available in Graphite and Off-White colours. The availability of the product in India is not known.

The Logitech Ergo M575 wireless trackball mouse is primarily aimed at people who work in tight office spaces, and do not have a place to keep mouse pads due to small desks. Logitech says that the Ergo M575 wireless trackball mouse leverages the company’s ErgoLab to provide a “science-driven comfort”. Logitech says that the mouse has a new trackball that delivers a smooth and responsive thumb control.

This essentially means that with an Ergo M575 mouse, users don’t have to move their arm for precise cursor movement. They can simply use the trackball on the thumb to move the cursor on the screen. It also has an angled scroll wheel and design that keeps fingers in natural position. Logitach says that the design provides “great palm support for a wide range of hand sizes”.

The Ergo M575 wireless trackball mouse connects to a laptop or desktop through its included USB receiver or through Bluetooth Low Energy, and is claimed to provide up to 24 months work time when using the wireless receiver. The mouse works on a single AA battery.

Logitech claims that the Ergo M575 mouse is an environment-friendly product as some portion of the plastic parts are made from post-consumer recycled (PCR) plastic, which is 50 percent in case of graphite model and 21 percent in case of the off-white variant.